When it comes to men’s fashion trends, nothing makes more of a statement than your facial hair. Whether you follow the trends or opt for an easy life, your beard style makes up part of your identity. Just like the hair on our heads, facial hair has had its fair share of trends and fads over time, often influenced by pop culture and innovation of new shaving products.

Use code: BEARDDAY19 for 20% off all beard + stubble trimmers*

This era saw the introduction of the disposable razor, so beards were few and far between particularly in younger generations. Full beards were still donned by the older, more distinguished men of the time. The popularity of the clean-shaven look continued in to the 1950s, partly due to the influence of the World War.

In 1958 Wahl introduced an Electric Shaver offering men the convenience of a close shave without the need to wet shave. 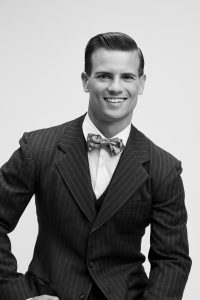 The 60s saw a desire to express individuality through appearance. In general, hair was left to grow long so the untamed beard made a comeback. Moustaches and goatees were also popular, which meant trimmers were needed to keep them in shape. In general, this stayed the same throughout the 1970s.

During this time, Wahl created the first cordless trimmer which gave men freedom and versatility to style their facial hair any way they desired.

Wahl started selling the Groomsman trimmer, the first battery operated trimmer. Ideal for the corporate business man of the 80s. Following this, in the 90s Wahl began using Lithium Ion technology in products, to keep up with the needs of busy lifestyles. 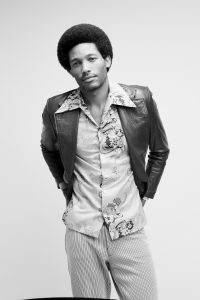 The turn of a new millennium saw a generation of men turn towards a more laid-back, scruffy beard and stubble look. The rich and famous of Hollywood and pop-stardom were the trendsetters of the time and the 5 o’clock shadow was the go-to.

Whilst throughout the noughties it was all about following the styles sported by your icon, more recently we’ve returned to a more ‘anything goes’ attitude with the freedom to choose a style that suits you and your lifestyle. With more relaxed work dress codes and a cultural shift towards acceptance, you’re free to sport your full beard with pride – or keep it clean and sharp.

Wahl continues to innovate products that meet the wants of today’s men, whether you’re clean shaven or full-bearded, and anything in between. Whatever look you opt for; our range will cater for your needs.

Use code: BEARDDAY19 for 20% off all beard + stubble trimmers*

If you’re not sure what you need to keep your facial hair in check, we have a Trimmer Buying Guide to help

This website uses cookies to improve your experience while you navigate through the website. Out of these cookies, the cookies that are categorized as necessary are stored on your browser as they are essential for the working of basic functionalities of the website. We also use third-party cookies that help us analyze and understand how you use this website. These cookies will be stored in your browser only with your consent. You also have the option to opt-out of these cookies. But opting out of some of these cookies may have an effect on your browsing experience.
Necessary Always Enabled
Necessary cookies are absolutely essential for the website to function properly. This category only includes cookies that ensures basic functionalities and security features of the website. These cookies do not store any personal information.
Functional
Functional cookies help to perform certain functionalities like sharing the content of the website on social media platforms, collect feedbacks, and other third-party features.
Performance
Performance cookies are used to understand and analyze the key performance indexes of the website which helps in delivering a better user experience for the visitors.
Analytics
Analytical cookies are used to understand how visitors interact with the website. These cookies help provide information on metrics the number of visitors, bounce rate, traffic source, etc.
Advertisement
Advertisement cookies are used to provide visitors with relevant ads and marketing campaigns. These cookies track visitors across websites and collect information to provide customized ads.
Others
Other uncategorized cookies are those that are being analyzed and have not been classified into a category as yet.
Save & Accept
Powered by